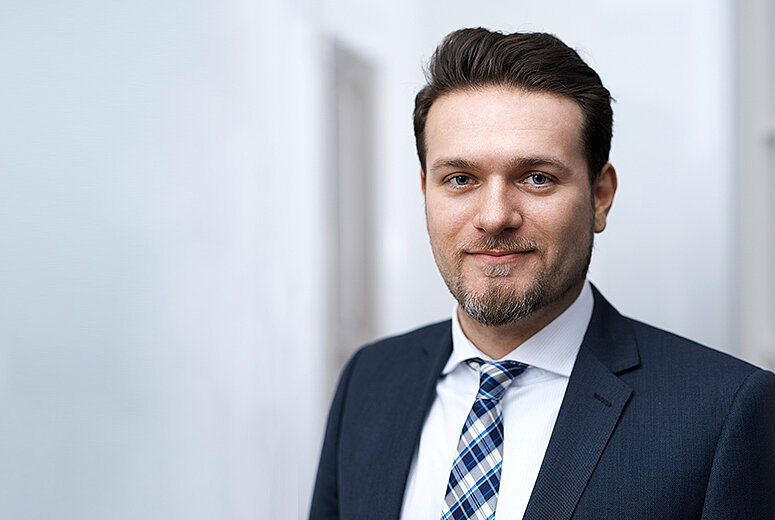 Daniel Licciardi, 36, strengthens Robart’s team as Human Resources Manager at the headquarters in Linz, Austria. The technology company Robart develops and produces home robots with intelligent navigation, with emphasis on robot vacuum cleaners. Licciardi most recently worked for the HR consulting firm Hill International and made the switch in the middle of the Corona lockdown. He brings ten years of HR experience with him.

“I wanted to change sides, from personnel consultancy to a tech or industrial company where it’s about something tangible,” says Licciardi. “At Robart, we were immediately on the same wavelength; the employees here are real technology enthusiasts, and everything revolves around the essence, around the product, which is what I really like.” Licciardi will devote himself to classic tasks such as recruiting, employee development and management consulting at Robart while building up employer branding.

Licciardi has an international background that fits perfectly to Robart, where experts from different countries and disciplines work together. Born in Trier, Germany as the son of German-Italian parents, he grew up in Luxembourg and began his studies in Belgium, at the Université catholique de Louvain, and then at the University of Trier, where he obtained a degree in philosophy and psychology. With this mix, a career in human resources seemed inevitable. Moving to Linz for personal reasons, he started at HR service provider Kern in 2010. He learned HR tasks from the bottom up there, grew with the expanding company, and developed into an HR consultant. His focus was on industry and he became increasingly interested in this sector. In 2017, he transitioned to Hill Webersdorfer in Linz, where he was engaged in recruiting, but especially in sourcing, the active search for potential candidates.

At the beginning of 2020, he finally decided to leave the world of HR consulting and go to an industrial or technology company. Then Corona came. That made the switch to Robart quite suspenseful. “The onboarding took place almost exclusively in home office,” says Licciardi, “I got to know all the managers exclusively via Skype. I couldn’t shake hands with anyone.” The hiring process, therefore, lasted a little longer than expected. Incidentally, Licciardi and Robart found each other in a very classic way: through a job advertisement.

His spends his leisure time primarily with his young family. If there is still a little wiggle room, he enjoys music: listening to rock songs, but also writing and playing himself, on guitar, bass or drums.