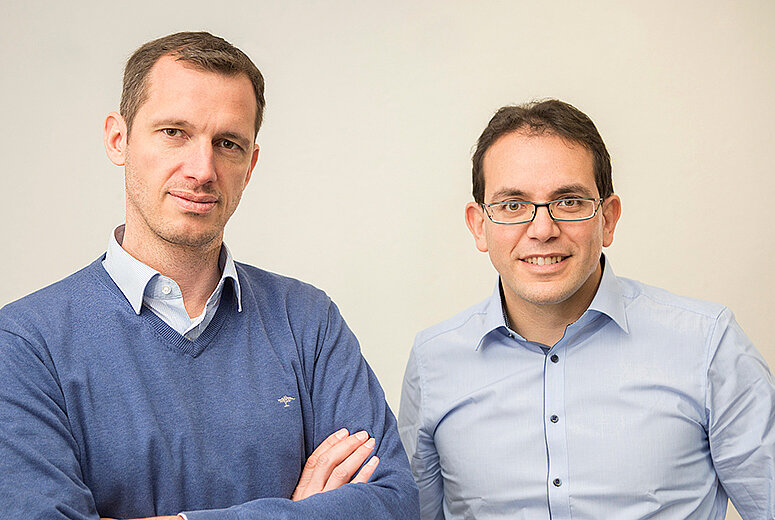 LINZ, Austria, EU, Dec. 13th, 2018 – The leading American home robot company iRobot Corporation sued several competitors, including the vacuum maker Hoover, in April 2017 at the U.S. International Trade Commission (ITC, Investigation No. 337-TA-1057) due to the alleged infringement of six of their patents.

This involved vacuum robots including artificial intelligence and navigation technology developed by the Austrian AI solution provider ROBART, such as the Hoover Rogue, which did not infringe on any of the patents. “The Final Determination on Nov. 30, 2018 demonstrates the opportunities for launching cleaning robots on the U.S. market without infringing iRobot’s patent rights,” summarizes ROBART’s CMO and Co-founder Michael Schahpar.

ROBART’s CTO and Co-Founder Dr. Harold Artés adds, “We welcome the final ruling by the ITC underlining the uniqueness of ROBART’s AI technology and confirming our visionary approach to becoming the leading technology provider for mobile service robots.”

Within the ITC investigation, four of the six patents were found invalid, non-infringing, or had to be withdrawn, among them fundamental patents for domestic home robots. Two of the four patents were related to ROBART technology. The first one, U.S. Patent No. 6,809,490, claiming details of iRobot’s navigation strategy, was invalidated. The second patent, U.S. Patent No. 9,486,924 related to user-robot-interaction via mobile phone, is not infringed by robots equipped with ROBART technology.

The two patents enforced by iRobot were either not relevant at all for ROBART navigation (U.S. Patent No. 8,600,553: Soft Bump Behavior), or could easily be resolved by a work-around (U.S. Patent No. 9,038,233: Positioning of cliff sensor and side brush). “This demonstrates the weak foundation of iRobot’s patent portfolio hidden behind an aggressive patent strategy,” said ROBART’s Intellectual Property Manager Dr. Reinhard Vogel.

ROBART has been developing artificial intelligence and navigation for mobile robots since 2009. The core product is the ROBART navigation system consisting of software, electronics and IoT services. “Our customers – including leading home appliance manufacturers such as Hoover (USA), BSH, Rowenta, Kärcher or Medion – incorporate our market-ready technology into their products,” explained CMO and Co-Founder Michael Schahpar.

ROBART’s leading position in robotic artificial intelligence is the foundation for non-infringing technology. As Schahpar points out, “It is our main focus to provide certainty to our business customers. Our IP department is constantly monitoring third party rights and investing in our rapidly growing patent portfolio. We are therefore doing everything in our power to enable the best solution for our customers, to bring highly competitive products to the U.S. and worldwide markets, and to withstand iRobot’s aggressive patent strategy.”

Robart GmbH, headquartered in Linz, Austria, develops and produces intelligent home robots with laser navigation, with emphasis on robot vacuum cleaners. Well-known manufacturers of household appliances, including BSH, Rowenta, Kärcher and Medion, are among its loyal customer base. Robart supplies its customers with complete household robots, AI-powered solutions and provides them with customization and development services. Founded in 2009 by Harold Artés and Michael Schahpar, the company holds over 100 patents/patent applications and employs an international team of more than 50 employees. Robart operates branches in China, Germany and the USA. Well-known investors, such as the Robert Bosch Venture Capital Group, Innovacom, Crédit Mutuel Equity and the SEB Alliance, support global market penetration.